The Man in the Long Black Coat 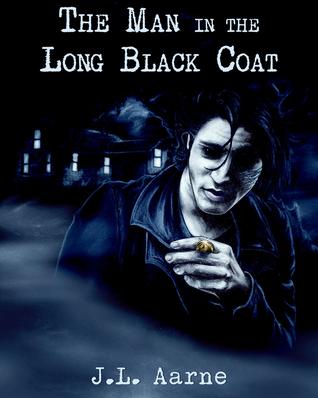 Dale Bruyer and James Sandover were huntsmen: monster hunting heirs to a secret legacy, self-appointed defenders of mankind, students of magic, warriors and—in James’s case—occasional chess opponent of the Devil himself. Until James died and left Dale all alone on a self-destructive path through alcoholism to an early grave.

Then one stormy night, the giant tree that had marked James’s grave uproots and Dale finds footprints walking away from the hole beneath it. A killer begins ritualistically murdering young women in the small town of Solagrove, Louisiana where he lives, and though the man in the long black coat sounds a lot like James, it can’t be James. James is dead; there is absolutely no question about it.

Dale is reluctantly dragged into the investigation by his neighbor, the mother of the first victim. He’s not so sure the killings are really his sort of thing, but there’s something very familiar about it all anyway and someone has to stop it. Though why does it have to be him?

In the midst of all this chaos, he suddenly finds himself with a house full: a werewolf in the kitchen, a god crashing on his sofa and a punk rock fallen angel riding shotgun.

Before I say anything else, let me say I enjoyed this story very much. But it’s difficult to pin it down.  My first instinct would be to say that it reminded me a bit of the show “Supernatural” but duh, there are supernatural characters in it, so of course it did.  On some level it reminded me of Jordan Castillo Price’s work, but that’s as much because of the supernatural aspect as the fact that the characters are so interesting and unusual.

I would say the story is dry, but I don’t mean that in a bad way at all.  It’s funny as hell but the humor is dry and a bit dark.  The writing is so solid and the plot is intriguing.  I could feel the depth of James and Dale’s relationship.  These men would literally do anything to be together.  There is a fantastic cast of supporting characters (most of whom I’d love to see have their own stories told) and all are well fleshed out.

I wish I could put into words what made me love this book so much.  But I can’t.  Sometimes you just read something and think “damn, this is good“.  This is one of those times.

I think this is one of those books that deserves far more attention than it’s getting.  So go buy it.  NOW.