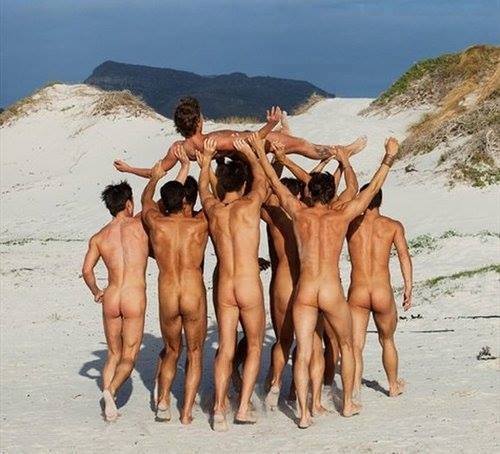 “Te-o, Te-o, Te-o!” they chanted, lifting him higher as they ran toward the dune, carrying him as if he weighed nothing.  He felt a rush of power surge through him, feeling as godlike as they believed him to be.  Teodoro didn’t know exactly when or how he’d become a god in their eyes but for the first time he believed it too.

How he’d landed on the shores of this island was a complete mystery to him, his memories hazy at best.  But in the months since, he’d grown to love this world and become a part of it.  Now he would lead it.

“I am Te-o!” he shouted back and electricity hummed and crackled across his skin.  The hot sun baked down on his bare skin as the eight equally-nude men carried him toward the sea.  The sun, the power, the feel of their hands on his skin made his cock harden and he shivered with anticipation at the thought of what was to come.

The ancient rituals would take place all day and well into the night and by the time they were done he would no longer be a man but a living god.

Please visit the flash fic group on Facebook and check out the links to the other author’s flash fics for this week!

I look forward to seeing you next Monday!